How to Spot Skin Cancer and What to Do About It 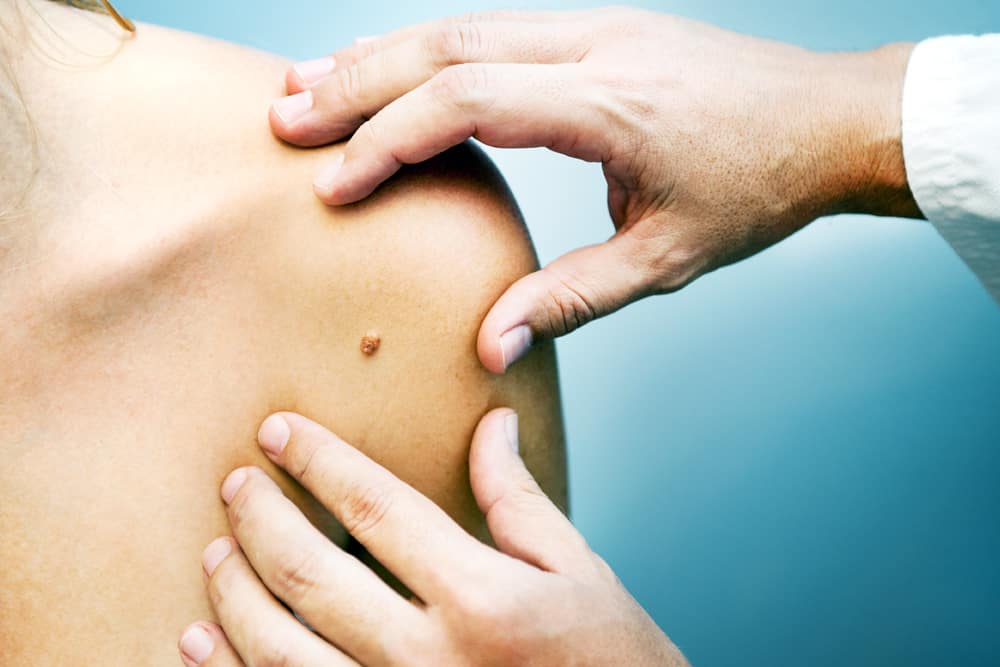 Our skin is the largest organ in our body and unfortunately, it is susceptible to a variety of diseases, too — from harmless skin splotches to dangerous skin cancers. Sometimes we experience strange changes in the skin and the occasional suspicious mole now and then. How do we know if it’s a precursor to skin cancer and what should we do about it?

Skin cancer, which is the abnormal growth of skin cells, can develop in all areas of your body from your head to your toes. Oftentimes, these are areas frequently exposed to the sun and its ultraviolet rays. That being said, other areas that rarely see the light of day, like under your toenails and genital areas, can be affected too.

What are they and how do they look?

There are three major types of skin cancer with cancerous lesions that can appear suddenly or develop slowly. But don’t panic! The good news is most of the time, these cases are curable if detected early and treated on time. The types of skin cancers are:

The most common form of skin cancer; is the easiest to treat and the least likely to spread to other areas of the body. This cancer arises in the basal cells, which are found at the bottom of the epidermis, or your outer skin layer. It occurs most frequently in exposed areas of the body and is caused by chronic exposure to the sun.

Usually appears as a pearly or waxy bump on your face, ears or neck. Alternatively, it can also appear on your chest or back as a flat, flesh-coloured or brown scar-like lesion.

The second most common form; is a tumour that occurs on the outer layer of the skin or epithelium. Individuals with frequent exposure to the sun are more susceptible to this disease. It can be easily treated if detected early but is more likely to spread. Unlike basal cell carcinoma, it can metastasise and spread to other areas if it is not treated. When detected early, it can be easily nipped in the bud.

It often appears as a firm red nodule on your face, lip, ears, hands or arms. This form of cancer also often arises from small, sandpaper-like growth called actinic keratoses, and the nodules have a red, scaly, crusted surface.

The most serious form of skin cancer; this tumour is the cause of most skin cancer deaths globally. It can develop anywhere on your body in existing moles that turn malignant, or otherwise normal skin.

For men, it usually appears on the trunk, head or neck. In women, it often develops on the arms or legs. Some of the warning signs that you can look out for are:

In recent years, all three types of skin cancer are on the rise. To prevent late detection of skin cancers, it is crucial to check your body for any suspicious growth. If you have pre-existing moles, or even new ones, you should observe it from time to time as early detection of cancerous change can reduce cancer mortality massively.

One good tip would be to take photographs of your suspicious moles and splotches, especially if they seem to change. It would be useful to show your doctor during your consultation.

Your doctor may take a small sample during your consultation to have it checked, and measure the tumour based on its thickness. This helps your doctor determine the treatment plan.

If it is diagnosed as benign, you have the option to remove it completely if you feel it’s not aesthetically pleasing. In this case, it can be done with minimal scarring through careful placement of small incisions or suture techniques. On some occasions, if it is small enough, laser ablation can be done to avoid a surgical procedure if it is small enough In other cases, an excision biopsy will have to be performed to remove these.

Just like warts and cysts, these can be removed. Allure provides treatment to help remove these skin cancers with minimal scarring. Even though benign, you could still opt to have them removed if they are symptomatic and you may be getting recurrent infections, or simply because they are aesthetically displeasing. If the mole or wart is small enough, laser ablation can be performed instead of a surgical procedure.

Basal cell carcinomas and squamous cell carcinomas are generally removed via surgical incisions. A small margin of normal tissue is also removed to prevent cancer recurrence. In cases where larger tumours are involved, reconstruction may be required in the form of a skin graft or local flap. Dr Ho will advise you on the best course of action in order to minimise cancer recurrence and to achieve the best cosmetic outcome.

It will also be good to note that as these are considered medical procedures, they are Medisave and insurance claimable.

Why is it important to spot potential skin cancer early?

Unlike other forms of cancer, skin cancer is visible and - if spotted early - can be cured. In its earliest stages, it is localised and the tumour’s malignant cells have not multiplied to the point that they extend beyond your skin. For example, the earliest melanomas do not extend past the top layer of the skin and are considered non-invasive.

Once the tumour penetrates deeper into the dermis, the chances of curing it drop sharply as it begins to spread beyond the original tumour site. This is when it metastasises, drastically lowering the survival rate of the patient. Moreover, it is almost impossible to predict how fast it can metastasise and action should be taken immediately.

Although it is one of the most common forms of cancer, it also has one of the highest chances of being cured. This is why it is important to take note of any suspicious moles or changes in your skin. If so, check in with your doctor and be sure to communicate both your concerns and needs so that your doctor can recommend a treatment plan that best suits you.